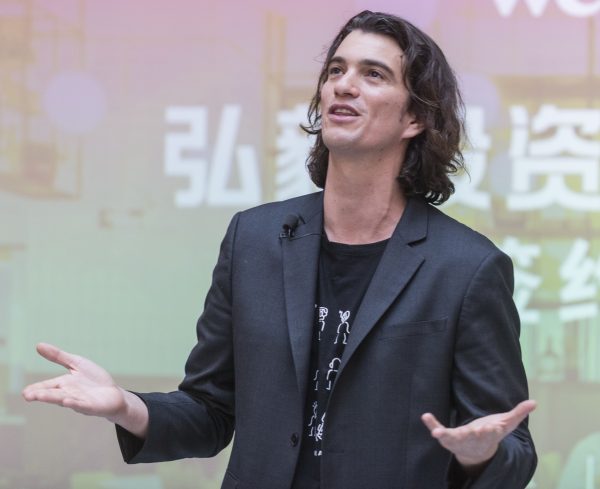 Good morning! While you slept, work continued elsewhere in the digital scene.

Adam Neumans new startup Flow receives backing from Andreessen Horowitz. The prominent Silicon Valley venture capital firm supports the next project of the we work-founder, despite his rather disastrous departure from the office space broker.

In addition, Andreessen Horowitz also shows a fairly large financial commitment to Neumann’s next venture with around 350 million US dollars. According to the New York Times, which first reported the deal, this is the largest check ever written for a single round of funding in the fund’s history. Flow is a rental project that is scheduled to start in 2023 with around 3,000 apartments in the USA. The startup, already valued at $1 billion, wants to be a living utopia for remote workers and offer community-style living. [Mehr bei New York Times, Bloomberg, Fast Company und Wall Street Journal]

On start-up scene: The Berlin crypto startup nuri is in the middle of bankruptcy proceedings. Why didn’t the investors help? Editor Nina Anika Klotz talks to financial strategist Andreas Lipkow from Comdirect Bank about what opportunities the fintech still has and what the insolvency proceedings mean for customers. He has been keeping a very close eye on the crypto space for years. [Mehr bei Gründerszene+]

And here are the other headlines of the night:

Hellofresh presented record sales of almost two billion euros when the quarterly results were presented. Investors reacted positively on the stock exchange – the share rose by a good nine percent. Despite difficult circumstances, the cooking box supplier benefited all in all from the corona pandemic and the trend towards working from home. For this year, the company forecasts revenues of around 7.1 billion euros. The Berliners are also planning growth for the coming years: by 2025, revenues of up to ten billion euros are to be targeted. [Mehr bei Handelsblatt]

Bird presented pleasing results after a turbulent second quarter. The scooter startup narrowly missed analysts’ expectations with revenue of $76.7 million in the quarter. But the result was a 28 percent increase from the year-ago quarter and a massive improvement from the first quarter, when Bird made just $38 million. The Florida-based company previously announced plans to wind down its retail business, cease operations in unprofitable markets and internally restructure the company. 140 employees have had to leave in the past few months. [Mehr bei Techcrunch]

Apple-Warren Buffett loves stocks. Its investment company Berkshire Hathaway has bought almost five million shares in the iPhone manufacturer in the past three months, as a mandatory notification to the US Securities and Exchange Commission shows. As a result, Berkshire held 894.8 million Apple shares at the end of June, valued at $122.3 billion. Buffett has long been an “Apple fan” and has said in the past that Apple is one of his conglomerate’s “four giants.” In the first quarter, Buffett took advantage of Apple’s weak phase and bought it. [Mehr bei Handelsblatt]

unity had to accept a minus of seven percent on the stock market on Monday after the board of the software company for video games received a takeover bid from the competitor Applovin refused. Applovin last week offered to buy Unity for $58.85 per share, or $20 billion in total. Instead of accepting this offer, Unity recommends that shareholders for the planned takeover of the Israeli startup ironsource agree. Unity plans to spend $4.4 billion on the mobile advertising technology company. [Mehr bei CNBC und Bloomberg]

Michael Burry has dealt a blow to the US tech industry: It became known that the star investor who once predicted the financial crisis had sold all of its shares to the Facebook parent company Metathe Google parent alphabet and the online travel portal Booking has sold. The investor only got involved with the three companies a few months ago for a total of almost 55 million euros. Burry sees the current move higher as a bear market rally, and as a result has kept only one holding in his portfolio — stock in a prison operator. [Mehr bei Handelsblatt und Reuters]

Our reading tip on Gründerszene: end of 2020 Farina Schurzfeld her psychotherapy startup Selfapy leaving. Now she advises young founding teams on scaling. As an interim manager for a fee. [Mehr bei Gründerszene]

Don’t want to miss anything? Then subscribe our start-up scene newsletter! It appears every morning at 8:30 a.m. and brings you all the important news straight to your inbox.