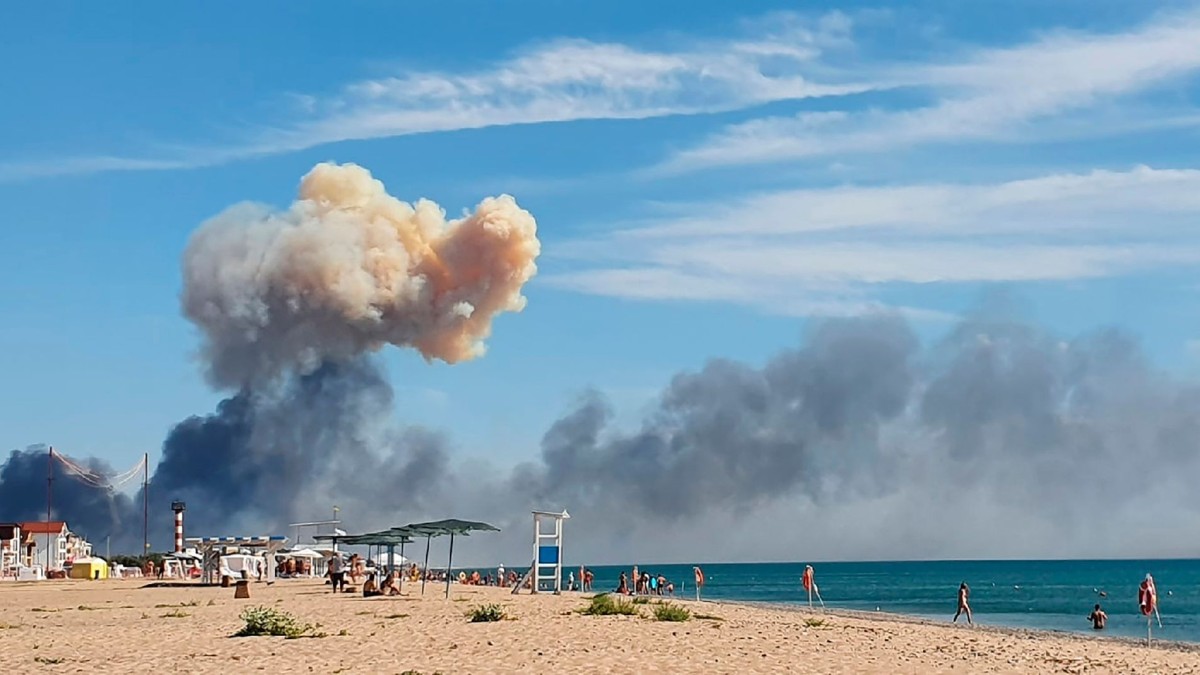 Simferopol (dpa) – According to authorities, there has been another explosion in a military facility on the Black Sea peninsula of Crimea, which was annexed by Russia. An ammunition depot detonated in northern Crimea on Tuesday morning, the authorities said. A large fire and a cloud of smoke were seen on videos on social networks. The Crimean head of administration Sergei Aksjonov said on site in the Dzhankoye area that there were two injured. The Russian Ministry of Defense must comment on the reasons for the detonation, he said.

The explosions continued, Aksyonov explained in a video message on his blog on the Telegram news channel. “An evacuation is underway, and a five-kilometer security zone is being formed for the safety of residents,” he said. Defense Department, National Guard and Civil Defense forces are deployed.

According to the authorities, the explosion occurred in the village of Maiskoye, on the site of a former farm used by the Russian armed forces as an ammunition depot. A substation for the power supply is also said to have caught fire.

Only on Tuesday a week ago there were heavy explosions at a Russian military base. According to the authorities, one person was killed in the explosions at the base in Saki near the resort town of Nowofyodorovka. There were also 14 injured. Experts believe Ukraine struck the base, destroying several fighter jets. Kyiv has not officially confirmed the attack. Russia, on the other hand, claims the explosion occurred because of fire safety violations.

According to the authorities, a Ukrainian drone struck the Russian Black Sea Fleet in the port city of Sevastopol on July 31. There were injuries there too.