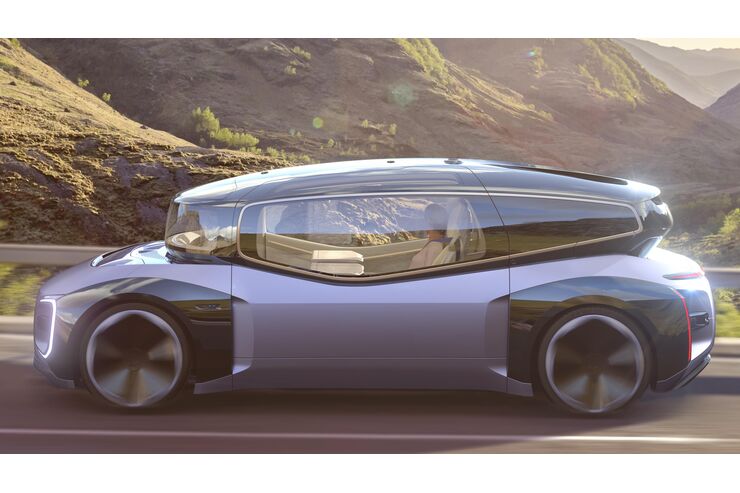 Electromobility is a sure thing. Combustion engines will no longer be built in the near future. And then? VW already has specific ideas or has fleshed out the ideas of its developers in the form of a design study. The group presented the concept at Chantilly Arts & Elegance 2022 near Paris.

The VW Gen.Travel shows in addition to complete zero emissions 3 future trends. The study offers an outlook on autonomous driving, a new design language and the role that artificial intelligence will play.

1. Autonomous: Get in and relax

Wait a minute, you might think when you first look at the interior of the VW Gen-Travel. Where’s the steering wheel? There is simply none available. Because the focus on board is sitting, lying down and entertainment.

Key word: modular. The interior can be designed for different scenarios.

The modular interior concept creates either a configuration with four facing seats and a table in the middle. The so-called conference setup is reminiscent of a comfortable dining roomseating group in the camper. Only that the kitchenette is missing here.

A second configuration is the so-called overnight setup. Two of the seats fold flat lying areas out. 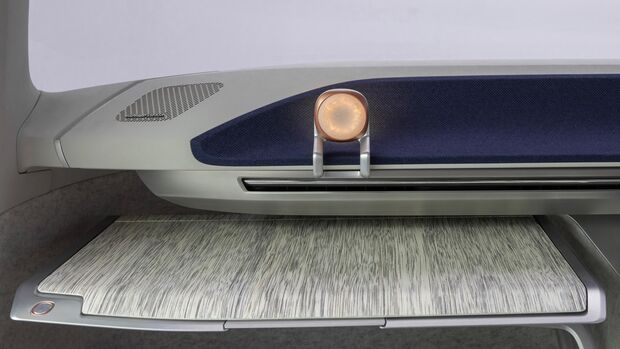 There’s a nice, warm light to help you fall asleep.

Dynamic light sources. Among other things, they should ensure that passengers do not get motion sickness. At night, it supposedly helps the chauffeurs produce enough melatonin, a sleep hormone that the human body releases especially when the light is red-orange.

If you can’t or don’t want to sleep, you can join the entertainment program augmented reality (AR) use. According to VW, children in particular should be entertained by the system on long journeys. Parents of the Wooden Toys faction are reassured that all elements of the Human-Machine Interface (HMI) are made from sustainable materials and combined with recycled or natural raw materials. 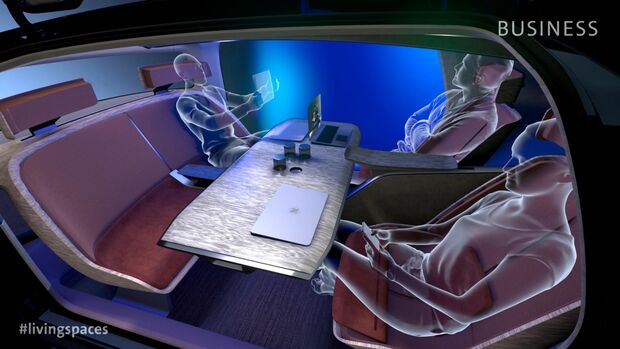 Almost like in a camper van: The business setup with a table in the middle could also be suitable as a dining area.

According to the Head of VW Group Design, Klaus Zyciora, the partly angular, partly massive design is based on the motto “form follows freedom”. It is based on “form follows function”, the maxim of product designers and architects of the 20th century. In the new millennium, the “age of technical perfection and almost unlimited possibilities”, according to Zyciora, freedom is the measure of all things instead of function. 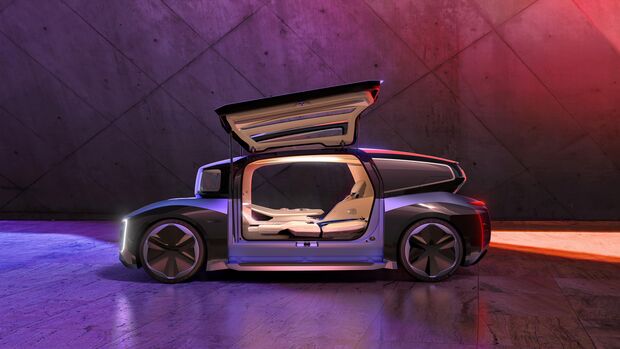 Thanks to the wing doors, it should be easy to get into the vehicle. But where does the luggage go?

the outer shape is pure sci-fi: the passenger cabin sits on the lower part, the technology platform, and is transparent and made of glass. The edge of the window is very low, so that you have a full view of the outside even when lying down.

Entry into the distinctive VW Gen.Travel is via upward-opening hinged doors – a bit of bird freedom when you get in, which should be so easy.

Freedom also promises the above inner space-Modular concept of seating and sleeping accommodation. In addition, the interior should be bright and natural in design.

Incidentally, if you lie flat in the vehicle, you should hardly notice any external influences. A new technology makes this possible.

The so-called active chassis system eABC, Electric Active Body Control, can anticipate what will happen while driving. It calculates in advance vertical and lateral movements caused by acceleration, braking or cornering. Based on these calculations, it optimizes the driving style of the VW Gen.Travel and puts the vehicle on the best possible road. 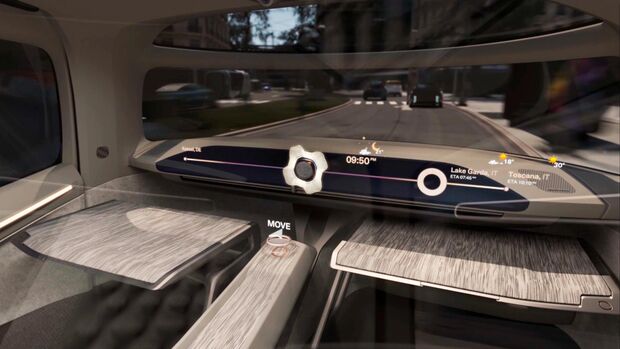 While you chill and sleep in the vehicle, the on-board computer calculates the optimal route and the quietest road.

In addition, an AI artificial intelligence, help with anticipatory driving. The car company has not yet explained exactly how this works.

Another innovation that Volkswagen mentions in this development step is the use of platooning. Automated driving in the convoy makes it easier to calculate the route.

Sure, then I can relax while driving and do something else.

Absolutely not – I relax best when I’m behind the wheel myself.

Traveling in autonomous vehicles – this is technically possible and future-oriented. This may bother some passionate drivers. Anyone who doesn’t like to give up the wheel will certainly want to continue driving themselves – and hopefully they will be allowed to do so.

All those who see “Mobility-as-a-Service” may be able to book an autonomous driving offer from VW as early as the next decade – and treat themselves to a vehicle like the VW Gen.Travel as if they were a private chauffeur be brought to the holiday destination.

That this future could be closer to the present than you might think is shown by the fact that motorhome manufacturer Hymer has been completing the first level 4 driving tests in North America since 2017. In 2019, we noted what autonomous travel could feel like and what competitor Mercedes is developing for it.