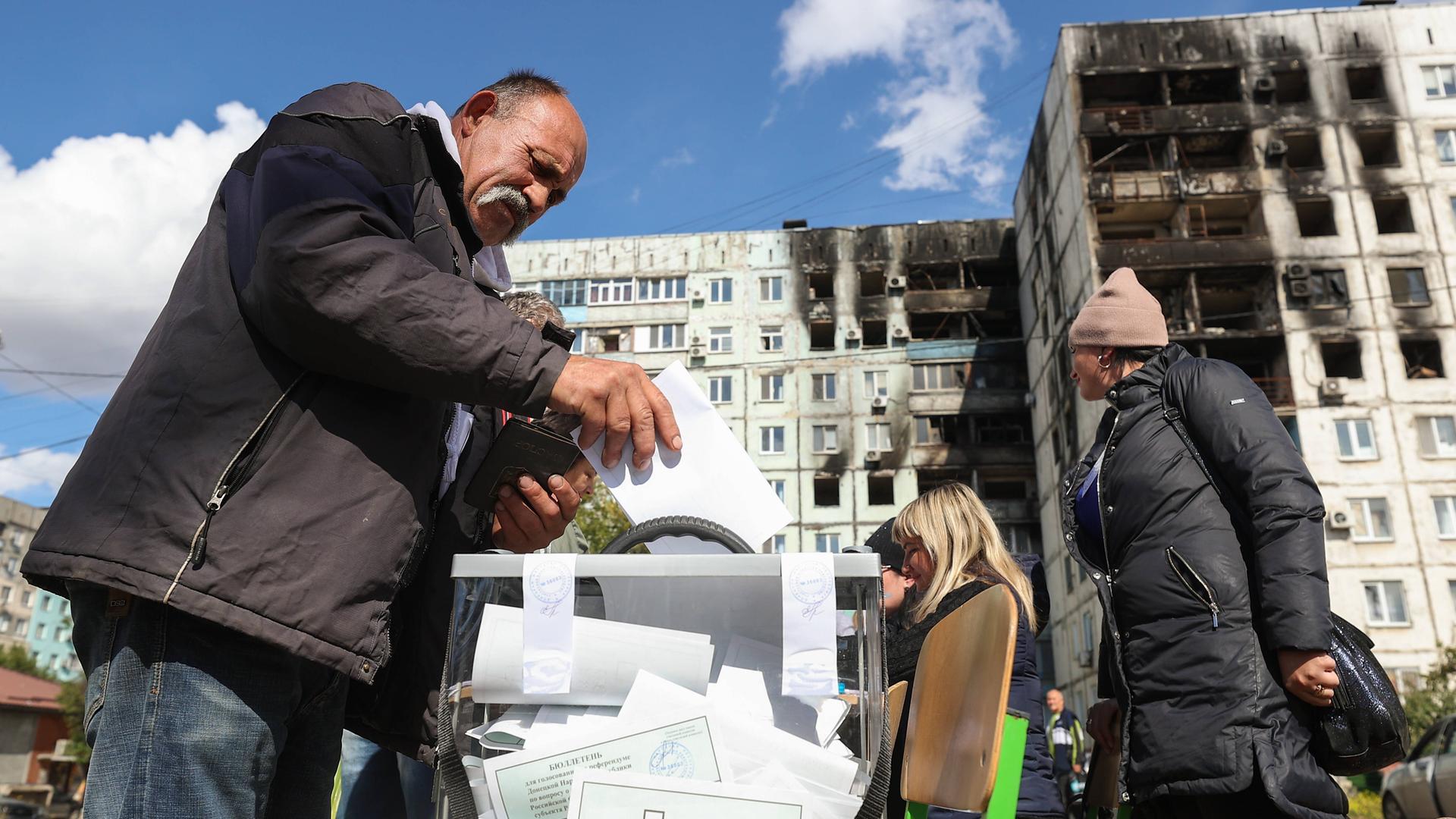 After appearing as an “election observer” at the Russian mock referendum in the Ukraine, the managing director of the North Hessian energy supplier EWF has been relieved of his duties. Even his belated insight didn’t help anymore.

The district administrator had called for it, and now it has been decided: The managing director of the North Hessian utility Energie Waldeck-Frankenberg (EWF), Stefan Schaller, will be released from his duties with immediate effect. This was announced by the supervisory boards and the EWF association board after a special meeting on Monday. The decision was therefore unanimous.

The reason for this is Schaller’s trip to Ukraine – at the invitation of Russia, he accompanied the Russian mock referendums there as an “election observer”.

“The behavior of the managing director clearly violates the world view, the moral values ​​and the philosophy of the company, which resolutely rejects violations of international law and any form of violence,” emphasized the chairman of the supervisory board of the energy company and district administrator of the Waldeck-Frankenberg district, Jürgen van der Horst ( independent), according to a press release.

The exemption should “not only send a clear signal, but also avert damage to the company, which supplies around 90,000 households as a local energy supplier in Waldeck-Frankenberg,” the statement continues.

Schaller was relieved of his duties with immediate effect as a result of the immediate release. The future management of the energy supplier should be decided “perspectively”.

Manager: “Would never do it again”

Schaller himself regretted his trip to hr on Monday, which was purely private. “I would never do it again,” said the manager, who is still in Moscow. “I was just naive enough to think I could separate the technical observation from the political dimension.”

He had examined the technical process of voting. “Were people forced to vote, were there voting booths?” He also spoke to the people in the queues – with the help of a translator who had been put at his side. The manager admitted that he does not speak Russian himself.

He was aware that the “polling stations” he was allowed to go to were carefully selected beforehand. “Of course the Russians didn’t show me the whole picture.” But he is convinced that it is always worthwhile not just looking at one side.

Schaller was surprised by the media interest, not only in Germany. “The whole thing has reached a dimension that I would never have thought possible.” In the Russian news he was portrayed as someone who would lose his job in Germany if he spoke his mind. When asked if the Russians used him, Schaller said, “Yes, of course.”

County asked for an exemption

After Schaller’s commitment became known through media reports on Saturday, the district reacted. The Council of Elders and District Committee had come together for an urgent special meeting.

“In today’s meeting, which was scheduled at very short notice, the vast majority of the committee members, with the exception of the AfD, spoke out in favor of the immediate release of the managing director,” said District Administrator van der Horst afterwards.

The district of Waldeck-Frankenberg wants the managing director of the municipal energy supplier to be released from his duties. This is the circle’s reaction to the fact that the energy manager traveled to Ukraine at the invitation of Russia as an “election observer” for the mock referendums.

The municipal utility EWF employs around 380 people and, in addition to the energy supply, also operates local public transport and swimming pools.

The “Zweckverband Energie Waldeck-Frankenberg” holds the majority of the energy supplier with 51.8 percent, which in turn is an association of around 20 North Hessian municipalities. Most of the shares in the association belong to the district of Waldeck-Frankenberg (73.6 percent) and the city of Korbach (10.2 percent).

With the vote, Russia wants to make Ukrainian regions part of the Russian Federation. The residents of the regions around Donetsk, Luhansk, Kherson and Zaporizhia should cast their votes by Tuesday. They are asked whether their territories should be annexed to Russia. Due to reprisals, with a majority “Yes” expected.

A delegation of AfD politicians from Saxony-Anhalt and North Rhine-Westphalia also wanted to travel to the mock referendum. After severe criticism, including from within the party, they broke off the trip.

hessenschau update – the newsletter for Hesse