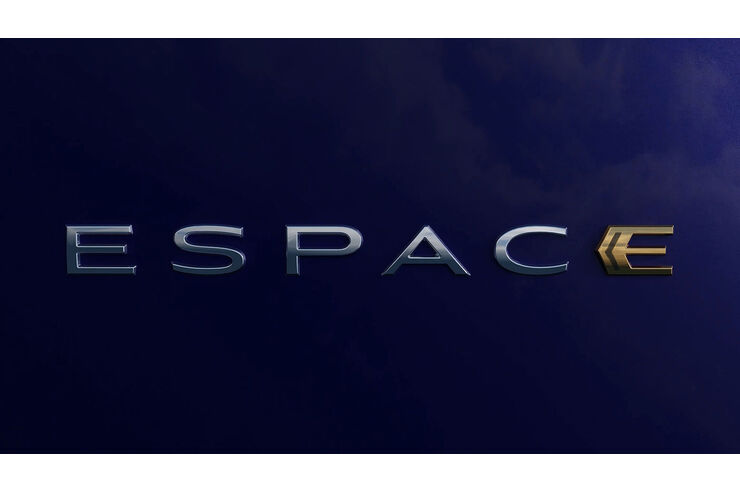 Renault will present a new top SUV in spring 2023. The series has a well-known name.

A trendsetter turns 40: The first Renault Espace made its debut in November 1983, heralding a minivan boom in Europe. But at least since the triumph of the SUV, the once so successful segment has become less relevant. Consequently, the Espace mutated into a crossover in its current – the fifth – generation with SUV bonds. But the inconsistent concept does not go down well with customers; the Espace is somehow still there, but no longer a fixed point in Renault’s model range.

The sixth generation puts an end to inconsistencies, and the Espace has a clear character again. Just no longer as a minivan, but as a classic SUV. As Renault announced, the well-known name will debut in spring 2023 as an SUV with five or seven seats. It has not yet been officially announced whether the Espace in Renault’s model range is above the Koleos, which has only been available since 2017 and only has five seats, or whether it will replace it. The latter is more likely, since the Koleos looks like a relic from a bygone era in Renault’s now completely refreshed SUV portfolio.

SUV on the CMF-CD platform

Technical details of the new Espace, which is said to have a “comfortable, innovative and high-quality character”, are not revealed by Renault either. The only thing that is clear is that the CMF-CD platform of the Renault-Nissan-Mitsubishi alliance serves as the technical substructure. This largest dosage form of the modular construction kit is already a few years old and already had Espace number five. However, it shows in cars such as the still quite fresh SUV Renault Austral and the current generations of the Nissan Quashqai and X-Trail or the Mitsubishi Outlander that it is definitely future-proof.

The CMF-CD platform also specifies the drives; everything is possible here, from a mildly hybridized petrol combustion engine to a classic diesel to full and plug-in hybrid trains. Exactly which versions of the respective drives will be used will be exciting. The 140 hp mild hybrid petrol engine that the Austral comes with might be a bit underpowered for a larger car. The 158 hp mild hybrid and the full hybrid with 200 hp are more likely.

Also as a PHEV or with diesel?

The current Renault Megane and the new Mitsubishi Outlander PHEV, which is only available in the USA so far, prove that plug-in hybrids are basically possible with the CMF-CD kit. The Koleos also uses the platform and combines it with, among other things, a 183 hp diesel engine. The Espace discontinued model also has one, albeit with 189 hp. However, it is highly questionable whether the namesake will compete with diesel engines.

When it comes to design, the Austral and the Arkana SUV coupe should set the tone. Thus, the new Espace should appear with a large Renault rhombus in the radiator grille and headlights that are as low as they are wide, whose daytime running lights form the frame and extend far into the front apron. We also expect solid-looking plastic elements on the wheel arches, a hint of underride protection at the front and rear, and a steeply sloping rear end to accommodate the third row of seats.

Note: In the slideshow we show you the original Renault Espace and look back at the original auto motor und sport test in 1984.

SUVs have everything it takes.

Large station wagons are the alternative.

No more vans? Then just one size bigger.

Doesn’t matter. The smaller the car, the less stuff you carry with you.

It’s a sign of the times and almost cynical that the minivan pioneer of yore will soon have to give up its name for an SUV. Whether the new Espace can continue the success story or finally bury the traditional name will depend on both its design and the technology used. If Renault manages to combine the aging platform with modern (hybrid) drives, the chances are not bad. We will know more in the spring.