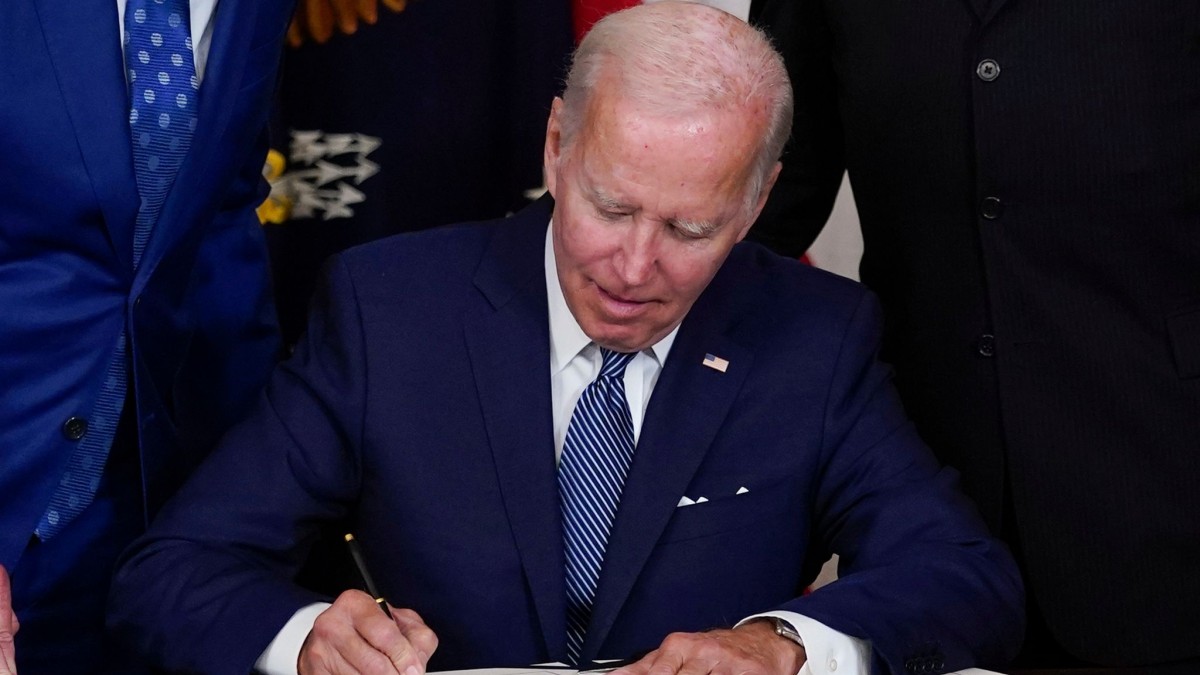 Washington (AP) – US President Joe Biden has signed a legislative package on billions in investments in climate protection and the social sector. At the event in the White House on Tuesday, the US Democrat spoke of “one of the most important laws in our history”.

Biden criticized “that every single Republican in Congress voted against this law”. In the Senate and House of Representatives, only Democrats had voted for the so-called Anti-Inflation Act.

core projects of his tenure

Biden’s original plans for climate protection and social reforms were among the core projects of his tenure. According to the government, the current package envisages the most comprehensive investments in the United States to combat climate change, but it is a compromise due to disputes within the Democrats. It contains only a fraction of what Biden once wanted to push through. Nevertheless, the fact that the law was passed at all is a victory for the president – until recently this was hardly expected.

The Anti-Inflation Act is much broader than the name suggests. The climate protection measures should lead to a reduction in climate-damaging CO2 emissions in the USA by around 40 percent by 2030 compared to 2005. The cost of certain medicines should go down. The legislative package is also intended to close tax loopholes. The government expects the legislative package to reduce the government deficit by more than $300 billion. This should also curb high inflation.

Biden’s Democrats are hoping to win over voters with the legislative package ahead of the November congressional election. In the elections, the Republicans are expected to have a good chance of winning the majority in the House of Representatives. Then Biden, who is already causing problems for the dissenter in his own party, will have even more difficulty with legislative projects.