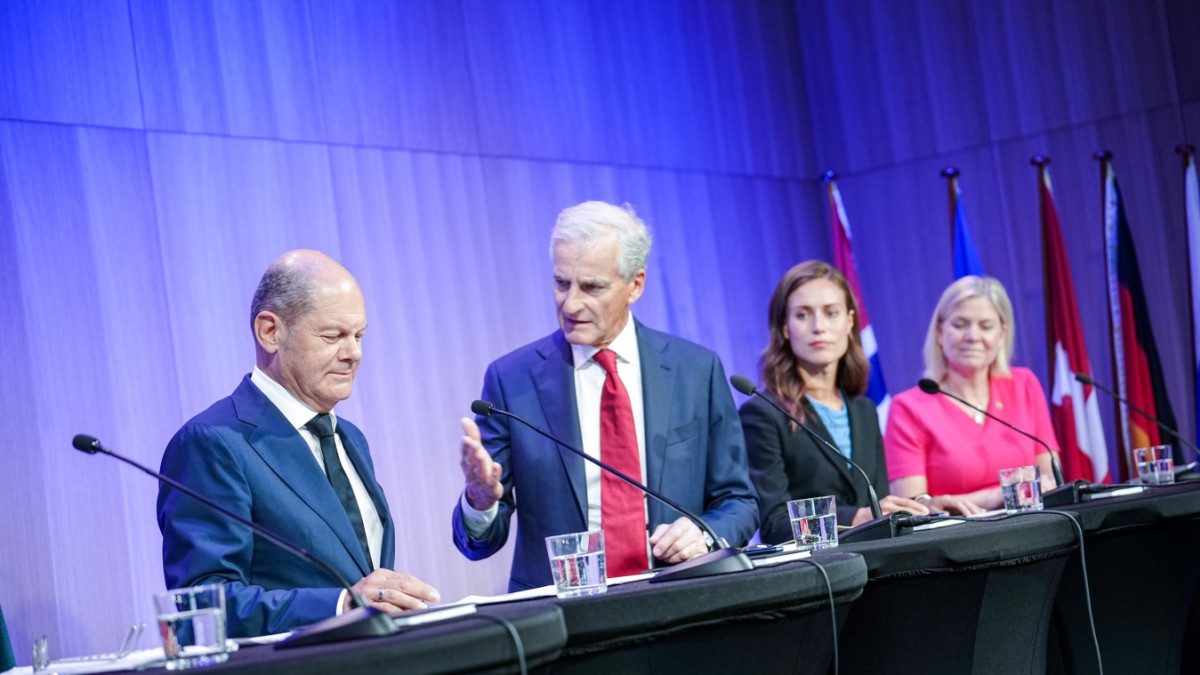 Scholz and Northern Europeans at odds over issuing visas to Russians Should the Schengen area also refuse entry to Russian tourists? At a meeting of European heads of government in Oslo, opinions differ widely. The Chancellor says: “This is not the war of the Russian people, this is Putin’s war.” Sanctions have been imposed on those “responsible for the war”. That will continue. Finnish Prime Minister Marin replies: “Ordinary Russians did not start the war, but we have to recognize that they support the war.” Go to Article

Traffic light parties are arguing about who is responsible for the gas surcharge. While Chancellor Scholz is touring through Scandinavia these days, the coalition in Berlin is debating who will be upset by the citizens when the winter is cold, long and very expensive. The levy could result in additional costs of 480 euros per year for an average four-person household. Scholz wants to put together a package that not only compensates for these costs, but “goes beyond them”. He is in the dispute between finance minister Lindner and economics minister Habeck, who disagree about the right way for relief. Go to Article

Broadcasting Council recalls Schlesinger as RBB director. After resigning as head of ARD and Rundfunk Berlin-Brandenburg, the 61-year-old apologizes. “I’m so sorry,” she said at a committee meeting. The decision against Schlesinger, who is accused of having combined private and professional interests, is still clear. 22 of the 23 members of the Broadcasting Council vote in favor of the dismissal with immediate effect. Go to Article

EXCLUSIVE Infineon boss continues to expect chip crisis. According to Jochen Hanebeck, bottlenecks in semiconductors will continue into the coming year. The world economy is even more dependent on Taiwan than on Russia. In view of the threat posed by China, he says of the island: “But if no more chips came from Taiwan at all, it would have a profound impact on all sectors of the economy, worldwide.” To the article (SZ Plus)

Inland waterway operators are demanding rapid expansion of the waterways. In view of the low water levels in the rivers, the Federal Association of German Inland Shipping warns of supply bottlenecks. The drastic effects of the drought on shipping are “the result of wrong policies,” says Managing Director Jens Schwanen. Germany has “developed its rivers too little”. To the article (SZ Plus)

Chaos erupts after Kenya’s presidential election. The head of the electoral commission proclaims former Vice President Ruto the winner. He got 50.5 percent of the vote, only slightly more than his opponent Odinga, who got 48.8 percent. However, part of the body, including the deputy chairman, does not support this result. Now the confusion is great and in one of Odinga’s strongholds, car tires are already being set on fire. Go to Article

European Championships: Richard Ringer surprisingly wins marathon gold. The 33-year-old triumphed in Munich with a strong final sprint in 2:10.21 hours just ahead of Maru Teferi from Israel. In a team, the men run for silver, the women even for gold. Go to Article

Forever young. “Wat do probably everything dren es”: The Cologne dialect band “Bläck Fööss” is playing again. Of course at the cathedral. Go to Article