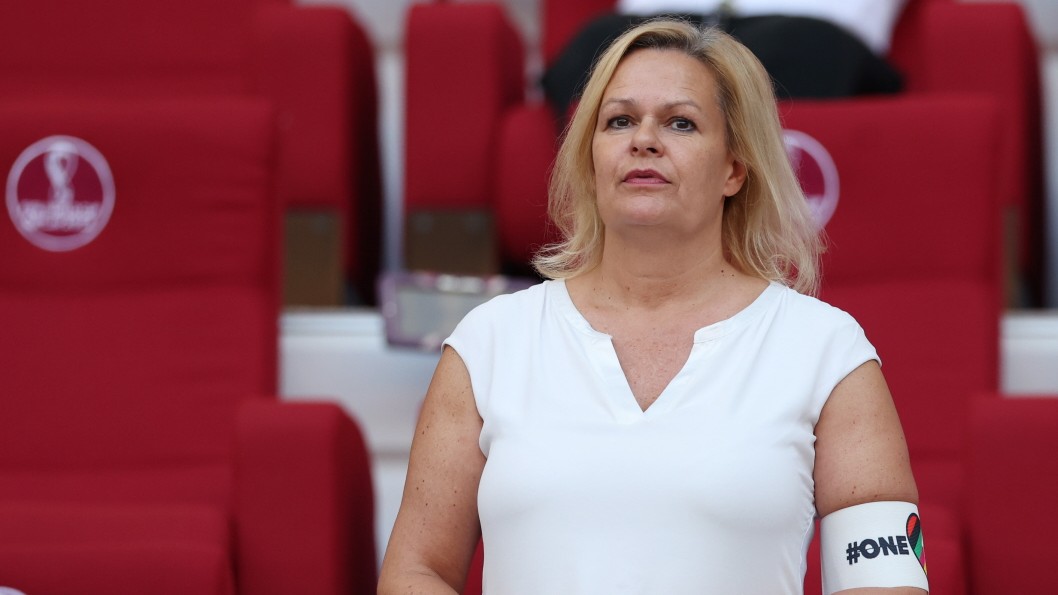 It was a message that cannot be surpassed in clarity. “I’m coming to support the German team, but I’m also coming to continue to raise the issue of human rights,” Nancy Faeser said in Qatar. The ban on the “One Love” bandages is a big mistake, and Fifa’s actions are not right. The interior minister is also sports minister – and therefore flew to the German team’s first game at the World Cup. In the stands, she sat right next to the Fifa President – with a “One Love” bandage on her upper arm. “Not that bad, is it?” she asked Gianni Infantino, says Faeser on Thursday. Millions of television viewers have seen the clear message.