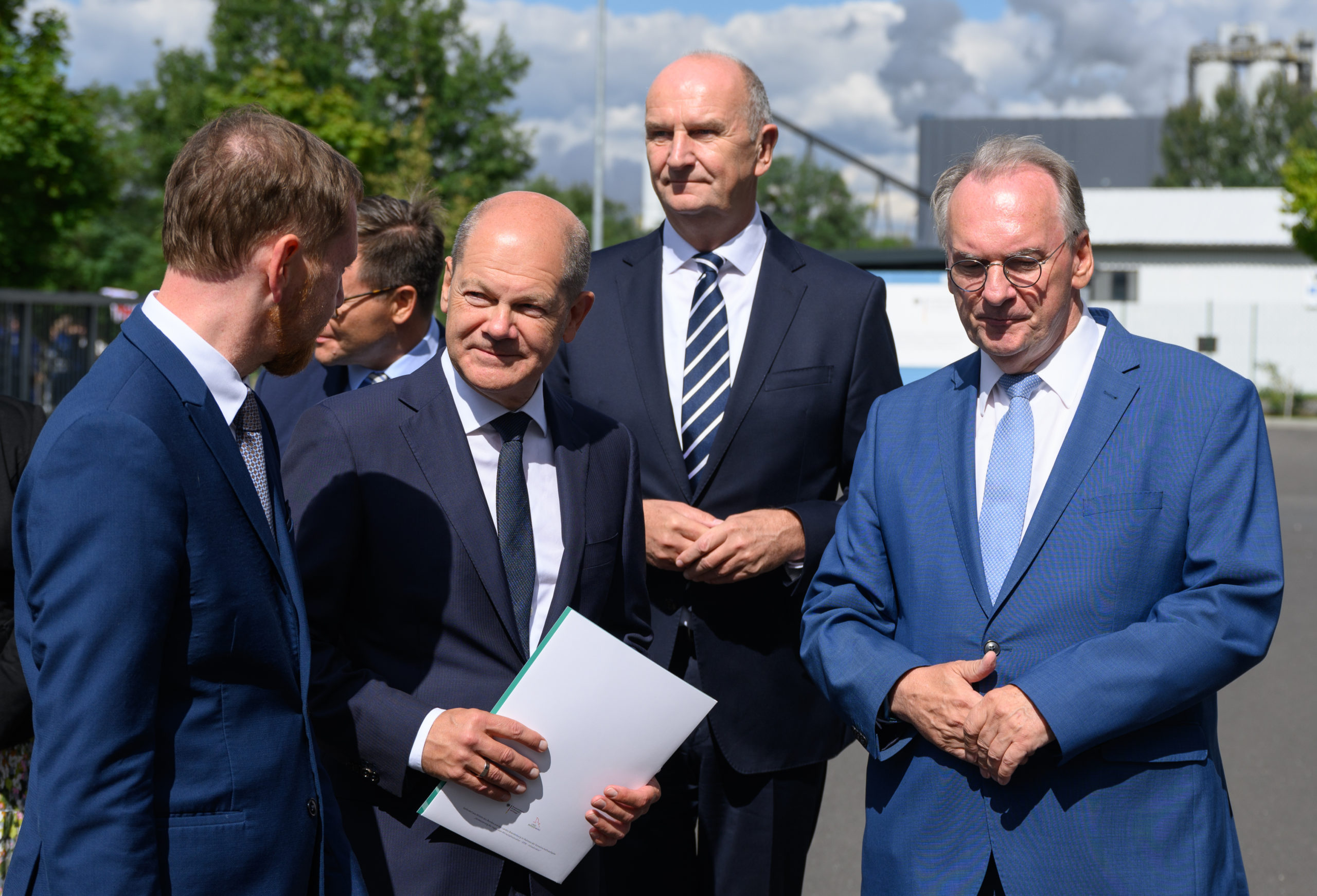 The heads of the federal states are demanding a protective shield for hospitals and public utilities from the federal government.

This emerges from a draft resolution of September 26, which was prepared for the prime ministers’ conference this Wednesday with Chancellor Olaf Scholz (SPD).

As Business Insider learned from industry circles, the demand for a protective shield is still controversial because the federal government does not want to pay the double-digit billions.

Next Wednesday, the prime ministers will meet for the first time in months to discuss how to proceed in the energy crisis with Chancellor Olaf Scholz (SPD). The federal states are calling for a rescue package for hospitals and public utilities, according to a draft resolution from the Federal Chancellery dated September 26, which Business Insider has seen.

Specifically, the draft states that the heads of government of the federal states consider a “protective shield for municipal energy suppliers (municipal utilities) to be necessary” and ask the federal government to “secure the social infrastructure financially”. Furthermore, they considered financial support from the federal government to be necessary in order to be able to finance the “considerable cost increases for the hospitals”. This also applies to the costs of refugee care and accommodation.

According to estimates, the rescue package for hospitals and public utilities alone should amount to a double-digit billion figure if the state wants to fully absorb the cost explosions. The federal government apparently rejects this, and the relevant passage is disputed in the draft.

But the states are going even further with their demands: according to the draft resolution, they are asking the federal government to lower taxes in order to further reduce energy prices. For example, with electricity and energy taxes. According to the draft resolution, the federal states also consider regulations to be necessary “for the deferral of taxes such as the suspension of the obligation to file for insolvency and measures in the housing sector (e.g. for regulations in tenancy law to protect against terminations in hardship cases)”.

In addition, the heads of government of the federal states are calling for further financial participation by the federal government in order to be able to implement permanently favorable tariff models in the field of mobility. However, the demands in the area of ​​taxes as well as in the area of ​​mobility are in square brackets and are therefore still controversial.

What is indisputable, however, is that the heads of government of the federal states and the Federal Chancellor want to “reduce electricity prices”. Accordingly, they would support the European Commission in its efforts to secure affordable electricity prices throughout Europe.

However, the draft also says: “If corresponding measures cannot be implemented in the short term in the European Union (EU), the federal and state governments will take action nationally”. The main thing will be to skim off the energy companies’ random proceeds. These could then be used to relieve the burden on consumers – for example by putting a brake on electricity prices for basic consumption and curbing network charges for electricity. Either way, the federal and state governments support “the further development of the current electricity market design, especially with a view to strengthening security of supply, affordable prices and the transformation to a climate-neutral energy system,” says the draft resolution.

It is not yet clear whether the federal states will be able to enforce their demands. This Monday, however, all heads of the Senate and State Chancellery should come together to discuss the draft resolution internally again.

Bavaria’s Prime Minister Markus Söder (CSU) has already called the Federal Chancellery’s draft decision “completely inadequate”. There is nothing in the five-page paper, which is also available to the German Press Agency in Munich. According to Söder, the paper cannot be approved. Among other things, many state leaders had asked the federal government to improve the distribution of costs for the third relief package. But the paper doesn’t go into this with a single syllable.

The conference of the federal and state governments is to take place as planned despite Chancellor Olaf Scholz’s (SPD) corona infection, which became known on Monday. Scholz is now to be connected via video, as a government spokesman in Berlin said.

North Rhine-Westphalia’s Prime Minister Hendrik Wüst (CDU) has emphasized the willingness of the states to cooperate in the energy crisis, but insists on better involvement from the federal government. “The hand of the federal states – and I say this quite consciously as chairman of the Prime Ministers’ Conference – is and will remain outstretched,” said the CDU politician on Monday in Berlin. “The pandemic has shown that we can only work together. Federal, state and local governments, all together.”

People and companies now need clarity and quick, effective relief in order to be able to plan, said Wüst before the meetings of the country heads with Chancellor Olaf Scholz planned for Wednesday. If the federal government now agrees “on essential points”, the federal states would of course be ready at any time. “The upcoming Prime Ministers’ Conference will certainly not be the last to deal with the energy crisis.”