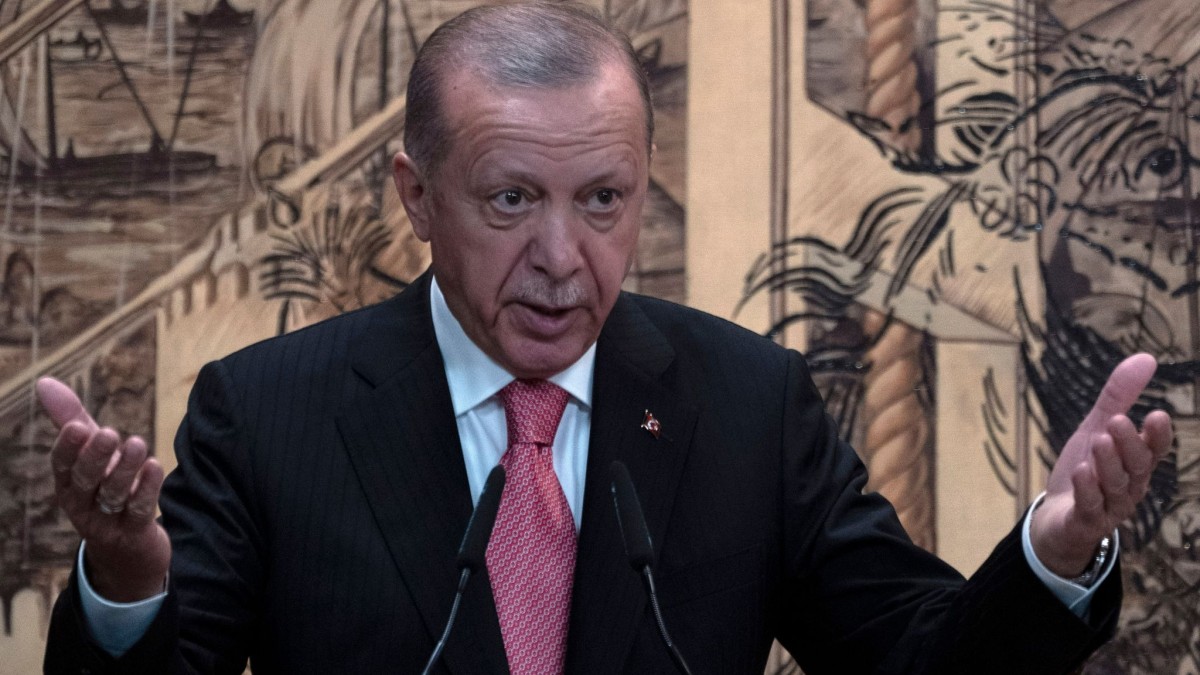 Kyiv (dpa) – Turkey and the United Nations want to talk about diplomatic ways out of the war imposed by Russia at a meeting with Ukrainian President Volodymyr Zelenskyy.

UN Secretary-General António Guterres, Turkish President Recep Tayyip Erdogan and Zelenskyy will meet in Lviv in western Ukraine on Thursday. According to a Turkish announcement, the “end of the war between Ukraine and Russia will also be discussed there through diplomatic channels”. This was announced by the Turkish Presidential Office in Ankara on Tuesday.

Russian shells fell in Kharkiv, Ukraine’s second largest city, on Tuesday evening. There was damage to houses and power outages in some neighborhoods. Ukrainian military reported heavy fighting, especially in the east of the country in the Donbass. Wednesday is the 175th day of Ukraine’s defense against the Russian invasion.

In a video speech, Selenskyj addressed the devastating explosions in Russian military installations on the Crimean peninsula. He warned the population in Russian-occupied areas to avoid such places. “Please do not go near the Russian army’s military installations and all those places where they store ammunition and equipment, where they have their headquarters!” he said.

Before the tripartite summit in Lviv

UN Secretary-General Guterres is traveling to Lviv at Zelensky’s invitation, UN spokesman Stephane Dujarric said in New York on Tuesday. The UN did not rule out talks about an end to the fighting, but showed reluctance. “There are a number of issues that are being raised: the conflict in general, the need for a political solution to this conflict,” Dujarric said. Guterres repeatedly emphasizes that he is a friend of the quiet diplomacy that negotiates ways out of a conflict behind closed doors.

Guterres and Erdogan brought Russia and Ukraine to an agreement on the export of Ukrainian grain at the end of July. At the time, it was said from New York that they wanted to build on this success. UN circles believe that negotiations for a nationwide ceasefire are only possible if none of the warring parties can record any significant gains in territory and refrain from the goal of victory.

Talks between Kyiv and Moscow in the first weeks of the war had been broken off without any result. Ukraine wants to recapture its lost territories at any price so as not to leave its compatriots at the mercy of the Russian occupation. Russia’s war aims continue to boil down to extensive subjugation of Ukraine.

Dujarric went on to say that there was “no doubt” that the dangerous situation around the Ukrainian nuclear power plant Zaporizhia and a planned international expert mission to the power plant would also be addressed. Europe’s largest nuclear power plant, occupied by Russia, has been under fire for days. Ukraine and Russia blame each other for this. Erdogan announced talks with Zelenskyy on all aspects of bilateral relations.

The Russian army fires 40,000 to 60,000 rounds of ammunition at Ukrainian army positions every day, according to estimates by the Ukrainian supreme commander Valery Zalushny. The situation is currently the most difficult near Donetsk, where the Ukrainian positions at Avdiivka, Pisky and Marjinka are under heavy fire, Zalushnyj wrote on Facebook.

In a situation report, the Kiev general staff also spoke of violent attacks on Ukrainian positions on the north-western edge of the separatist stronghold of Donetsk. Further north in the Donbass near Bakhmut and Soledar it was possible to fend off Russian assaults. The enemy had to withdraw with casualties. There was no independent confirmation. An air base near Zhytomyr in western Ukraine was fired upon by Russian planes with cruise missiles, the Ukrainian Air Force said.

Explosions in Crimea – traffic jam in front of the bridge

On Tuesday morning, a Russian military base on the Crimean peninsula, annexed by Russia in 2014, was rocked by explosions for the second time in a week. According to the Crimean administration, an ammunition depot near the city of Dschankoj in the north was hit. The Russian Ministry of Defense spoke of an “act of sabotage”. Civilian objects were also damaged, including power lines, a power plant, railway tracks and residential buildings.

Zelenskyy did not claim the detonations as attacks on Ukraine. The triggers are “very different”, the Russians could also be to blame. Nevertheless, the following applies: “The fewer opportunities the occupiers have to do evil and kill Ukrainians, the sooner we can end this war by liberating our country.”

The queue at the bridge to mainland Russia proves “that the absolute majority of citizens of the terrorist state already understands or at least has the feeling that Crimea is not a place for them,” Zelensky said. Videos on social networks show that many Russian vacationers have been leaving the peninsula for days and there are traffic jams in front of the Kerch bridge.

That’s going to be important today

After the explosions, further information on damage and possible causes is expected on Wednesday. A Russian air force base in western Crimea was badly damaged last week, but the extent of the destruction could only be measured a day later using satellite images. The detonations far behind the front have repeatedly given rise to speculation about the range of Ukrainian missiles.