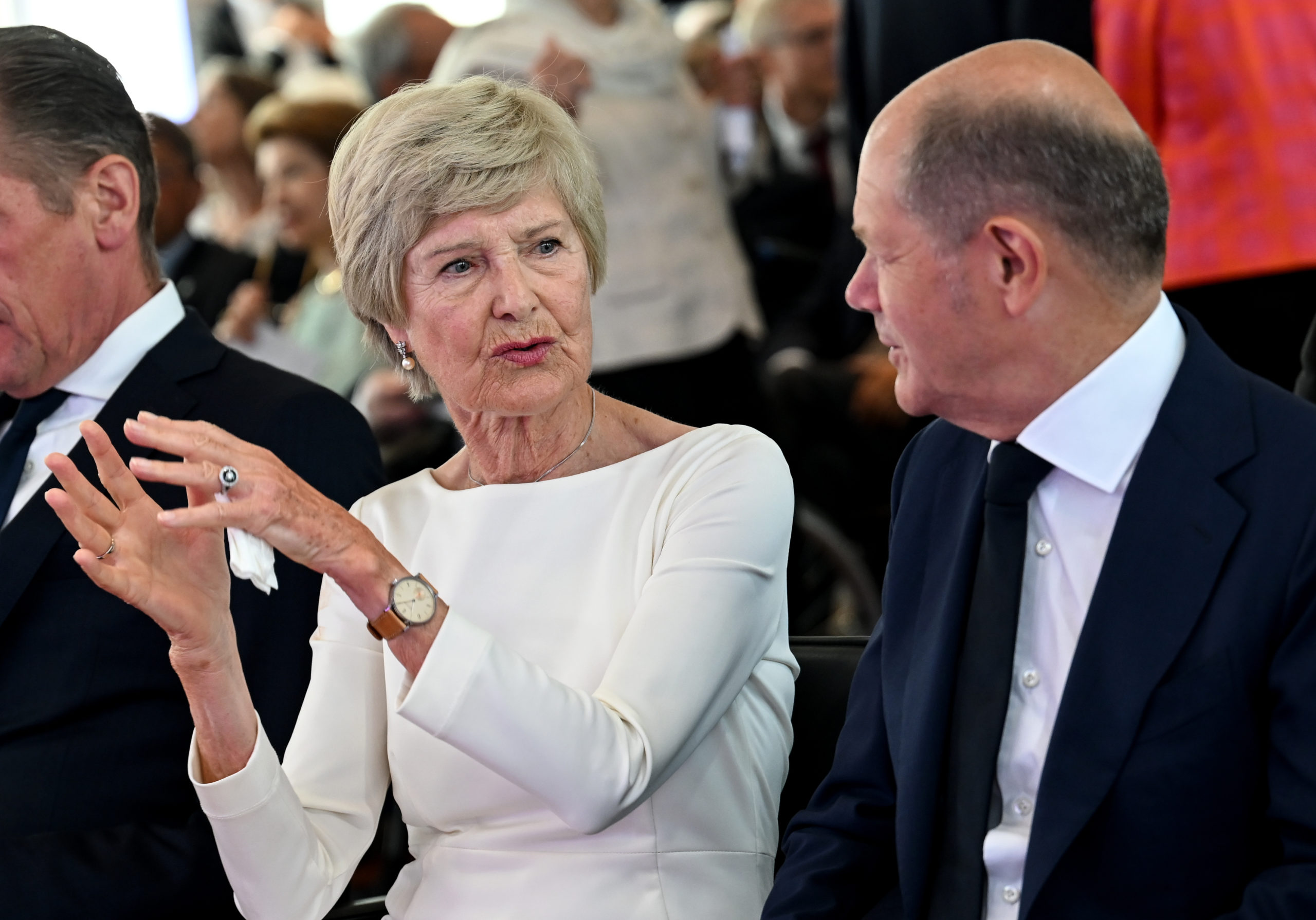 On her 80th birthday, Springer’s major shareholder peace Springer brought out a person: her husband and publisher Axel Caesar Springer.

“I wanted to prove to Axel” that he rightly placed his full trust in her, she said at a reception in the Springer high-rise in front of around 150 invited guests.

Chancellor Scholz added to Friede Springer: “The decisions you have made – for example to focus early and decisively on digital offers – are paying off.”

On her 80th birthday, Springer’s major shareholder, Friede Springer, emphasized her husband’s great trust as a driving force behind his work in the media group. “I wanted to prove it to Axel” that he rightly placed his full trust in her, she said at a reception in the Springer high-rise in front of around 150 invited guests from politics – including Chancellor Olaf Scholz (SPD) and EU Commission President Ursula von der Leyen – as well as media and society. There were also numerous companions.

When her husband Axel Caesar Springer (1912-1985) died, she was 43 years old. “From then on, this house was my life’s work,” said Friede Springer. She also cried through some nights, then continued the next day. Springer said of today’s media group (Image, Welt, Business Insider): “The house is standing, blooming and thriving. I am happy and content.”

Chancellor Scholz said in his speech that he really liked Springer’s “Northern German brevity and directness” – “not only because I am sometimes verbosely criticized for my efficient style of communication. Some of those present may well feel meant.”

Addressing Friede Springer, the Federal Chancellor added: “The decisions you made – for example to focus early and decisively on digital offers – are paying off. In the truest sense of the word.” That is a win, also for Germany as a media location as a whole. Scholz then said: “By the way: I say that in the full knowledge that the relationship status between the Springer media and the Social Democratic Party historically falls more into the ‘it’s complicated’ category.”

Springer boss Mathias Döpfner said he had the impression that Friede Springer was now happier “than I’ve ever seen you”. Referring to her past real estate holdings, he highlighted that she sold the past to build the future. She has an absolute determination to keep looking forward.

Friede Springer was born on August 15, 1942 in Oldsum auf Föhr, her surname was Riewerts. In the 1960s she worked as a nanny in the Axel Springer house, and the two married in 1978. Friede Springer was prepared to hold important positions in the house. In the 1980s, she joined the advisory board of Axel Springer Gesellschaft für Publizistik GmbH & Co., which was established as a holding company and later took over sole control of the company. After the IPO in 1985, Springer was appointed to the supervisory board, of which she is still a member today, since 1999 as vice chairwoman of the supervisory board. Years ago, she handed over a large part of her share package to Springer boss Döpfner and made him her successor.

She also heads foundations, such as the Friede Springer Foundation, which is involved in science, medicine, research, education, art and culture. Springer also said in her speech that she intends to withdraw from some of her honorary posts in the future.