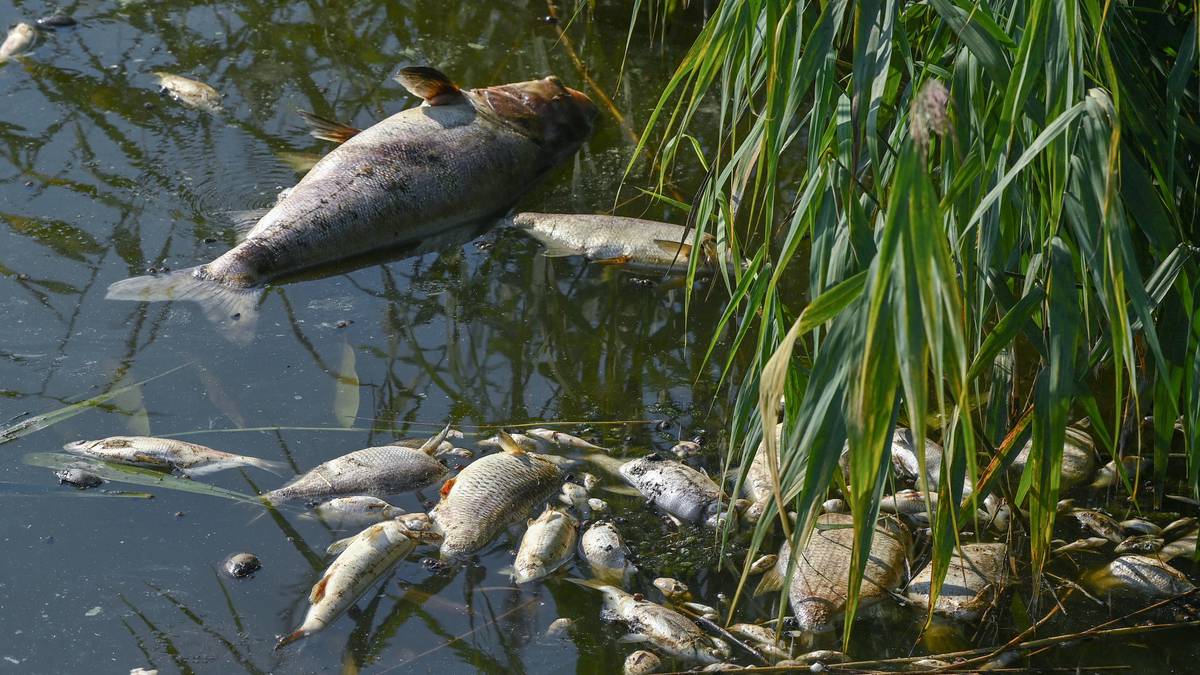 Seelow. The massive fish kill in the Oder also affects tourism in the region on the river. There are far fewer day trips and people who have not yet planned trips on the Oder-Neisse cycle path are currently refraining from doing so, said the managing director of the Seenland Oder-Spree tourism association, Ellen Russig, of the German Press Agency.

The association also includes the particularly affected district of Märkisch-Oderland, which is around 80 kilometers in length on the Oder to the border with Poland. “The environmental catastrophe will have long-term effects where we have to take countermeasures,” Russig made clear. Among other things, fishing tourism and canoe trips are affected. According to them, 50 percent of tourism in the region consists of day trips, and the other half are overnight stays.

The search for the cause of the mass deaths in the Oder continues. Environment Minister Lemke criticized the German-Polish cooperation.

At the tourist information center in Oderbruch and Lebuser Land, the phones have not been ringing since the environmental disaster became known, as head Angelika Fuchs reported on Wednesday. Numerous people who had planned trips asked about the situation and whether it was dangerous on the Oder. But there is also great solidarity. “A lot, a lot of people are thinking and asking how they can help.” Fuchs was unable to provide any information on the number of cancellations. Since Corona, guests have been in direct contact with the landlords, so there is no overview.

The Baltic Sea district sees no reason for concern

Despite the massive fish kill, the Vorpommern-Greifswald district sees no danger for bathing in the Baltic Sea. “The best bathing conditions continue to prevail on the Baltic Sea beaches of the sunny island of Usedom,” said District Administrator Michael Sack (CDU) on Wednesday. The district has not been affected by the situation in the Oder so far, according to a statement.

Horror in the natural paradise: Are beavers and ducks also dying after the fish?

Countless dead fish float in the Oder. In the Lower Oder Valley National Park there is horror. Birds and mammals could also fall victim to the environmental toxin.

The Oder flows into the Szczecin Lagoon, through which the German-Polish border runs and which is connected to the Baltic Sea off Usedom. The estuary is widely branched and the lagoon with around 900 square kilometers is about twice as large as Lake Constance. According to official information, no effects of the Oder fish die-off have become apparent, at least in the German part of the lagoon.

Nevertheless, the district continues to warn against using the water of the German part of the lagoon. Accordingly, angling, fishing and water abstraction are not recommended. The Schwerin state government also advises against bathing because, despite the lack of concrete information, damage to health cannot be ruled out.

Sack explained: “On the one hand, increased attention is required, but prudence is also important. We continue to follow what is happening with our neighbors very actively.” The cause of the massive fish kill in the Oder is still unclear. In Poland and Brandenburg, helpers have been collecting fish carcasses for days.