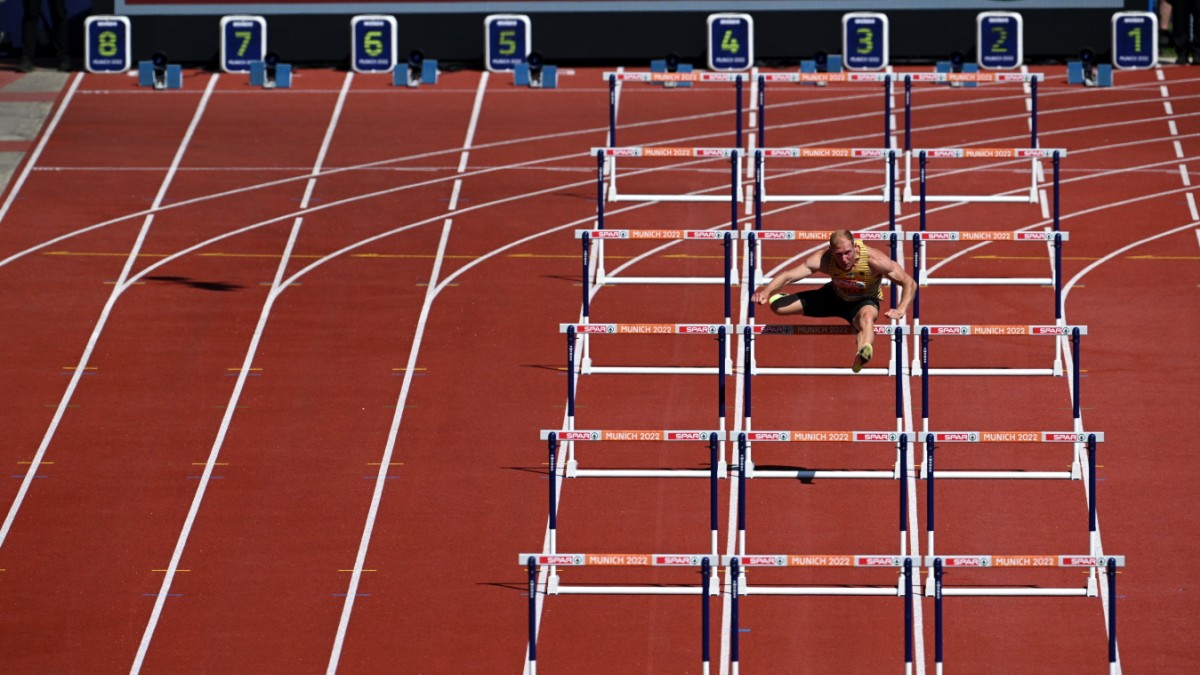 A red card, an innocent-looking suspect, whistles from the ranks: Not only footballers have that in their repertoire, but also track and field athletes. The decathlete Arthur Abele had neither straddled a competitor on the side lane on Tuesday morning nor insulted the competition staff as grossly incompetent. He had clearly left the starting block too early over the 110 meter hurdles, with which the decathletes open their second day of competition. At least that’s what the system spat out, which records when the athletes push off the block. And so Abele crept out of the stadium, in disbelief, tears in her eyes. The 36-year-old had previously announced that the European Championships in Munich would be the last decathlon of his career.

Only: On the TV pictures it was not possible to see from any angle that Abele had stirred before the starting gun was fired. The German Athletics Association protested, meanwhile Abele continued with sagging shoulders and corners of his mouth. The back straight in the Olympic Stadium, very passable for an athletics morning, made him cheer even louder with every attempt at the discus throw, Abele smiled, it was a very bittersweet smile.

And suddenly: he jumped like a bouncy ball over the track and the audience knew immediately what had happened: the jury had withdrawn the disqualification (there was no justification at first). While Abele stepped into the discus ring for the last time, they set up a hurdle course on the home straight. Just for him.

Even before the end, everything came together in a farewell that was worthy of Abele’s career: it was seldom boring. He was at the 2007 World Championships in Osaka, ninth and the face of a new generation that would later go on to win medals. But the medals won others first, Michael Schrader, Pascal Behrenbruch, Rico Freimuth, Kai Kazmirek. Abele waded through an ocean of injuries, you could spend several semesters in outpatient sports medicine with his medical record, with all the muscle injuries, pubic bone problems, Achilles tendon tears, facial paralysis after middle ear infections and operations (“He was actually a single injury,” said former decathlete Frank Busemann once).

Abele tried not to let the endless disappointments discourage him, but to cling to the few successes that his sport allowed him. The birth of his son six years ago also helped him a lot to put things in perspective, he once said in an interview.

And then a gap actually opened up for him, in 2018, at the European Championships in the Berlin Olympic Stadium. Kevin Mayer, the big favorite from France, failed to make a valid attempt in the long jump. And Abele, who used to break his head through the wall at such moments and in general, managed to put all his strength into this decathlon, with seven best performances of the season, 8431 points, the European title. How this muscleman with a small golden crown on his head collapsed howling on the blue track was also burned into the German sports memory.

It was a glaring highlight, the past few years the injuries have stayed true to him again. The rails for real life have long been laid, Abele has been trained as an electronics technician, he will probably continue in the department with the Bundeswehr, which supported him in the sports promotion group for a long time.

But first there was a decathlon to finish on Tuesday. And, probably a novelty at 36, a subsequent hurdle race, just for him. Abele touched a few obstacles, 14.50 seconds, far from perfect, but that didn’t matter. “I’m shattered, so many emotions,” he said. The stadium roared with cheers, as if he had just won the decathlon. And somehow he had.